The University of London Undergraduate Laws Programme is governed academically by the 6 University of London’s Colleges, collectively known as the Laws Consortium. The 6 Colleges are (1) Birbeck, (2) King’s College London, (3) The London School of Economics and Political Science (LSE), (4) Queen Mary, (5) SOAS, and (6) UCL.

Legal system & methods: This introduction to the English legal system seeks to convey what is distinctive about the common law approach as a legal methodology. The course is vital in initiating students into the process of legal research and the understanding of legal reasoning.

Criminal law: This course examines general principles of criminal liability, a range of fatal and non-fatal offences against the person and selected offences against property. Attempts to commit offences, secondary liability and defences also form part of the curriculum.

Public law: Focusing upon constitutional issues and reform, students will analyse key issues governing the relation between citizens and the state, including sovereignty and the division of powers between legislature, executive and administration.

Jurisprudence and legal theory: Jurisprudence poses the fundamental questions about the nature of law, its place in society and how a legal system operates as a system of rules and as a social institution engaging with ideals of justice and often conflicting moral codes.

Law of Tort: The law of tort concerns the civil liability for the wrongful infliction of injury by one person upon another. Negligence is a key topic and other topics include the duty of care; nuisance; trespass; defamation; occupiers and employers’ liability.

Equity and Trusts: Part of equity law, the law of trusts deals with the rules and principles governing the creation and operation of trusts (a particular method of holding property) including express trusts, trusts arising as a matter of law and breach of trust.

Property Law: Property law centres on the concept of the nature of the various interests that can exist in land, the principles governing the creation, transfer and extinction of these interests and the extent to which those interests are enforceable against third parties.

Commercial law: Commercial law is concerned with obligations between parties to commercial transactions and the relationship with rules of personal property. Emphasis is placed on both knowledge of principles and the ability to apply the rules of law to achieve practical solutions to practical problems. Students will become familiar with a range of issues including: ownership of or title to goods; transfers of title and its effect on third parties; passing of property between buyer and seller.

EU law [EU law is a required course by the professional bodies in England and Wales for the LLB as a Qualifying Law Degree]: Appealing to students who enjoy public law or who have an interest in public affairs, politics, economics or international relations, the course examines EU institutions and law making powers as well as the key questions of the impact of EU law on national law and its overall consequences for business enterprises and individuals.

Evidence: The law of evidence governs what evidence may be presented and contested in the courtroom, techniques for eliciting evidence, and the role of the lawyers, jury and judge in an adversarial system. Highly relevant to actual day-to-day legal practice, this course will appeal particularly to students intending to become courtroom lawyers.

Labour law: Of appeal to anyone interested in industrial relations, this course relates both to individuals in their workplace and the operation of the labour market in general. The course covers not only individual matters (such as employment contracts, unfair dismissal, redundancy, sex and race discrimination) but also ‘collective’ labour law – including trade union ‘recognition’, the law relating to trade disputes and the protections given to workers who choose to join a trade union. 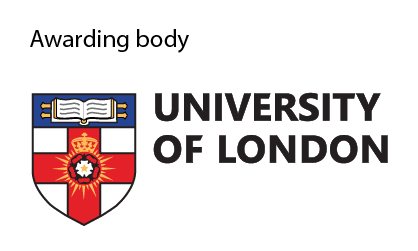